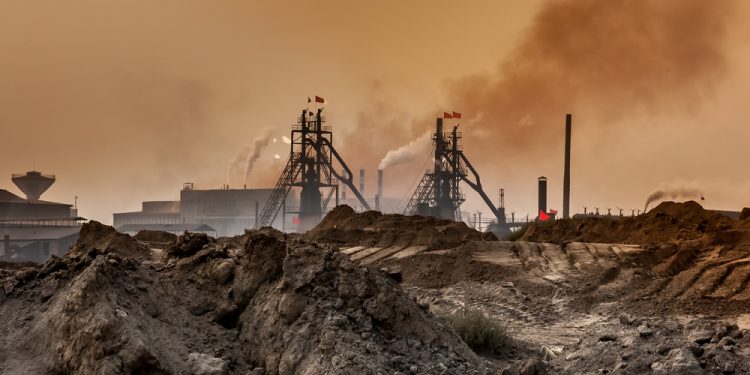 AR2’s Executive Director Brian Rogers is out with a column in RealClearEnergy that explains why the cost of Elon Musk’s “clean energy” dreams are much steeper than he and others might imagine.

Read the full white paper explaining both the human and environmental costs of “clean energy” below and also see the full column:

With Elon Musk protesting President Trump’s withdrawal from the Paris climate accord by quitting a White House advisory council, and the new Model 3 rolling off the assembly line this summer, Tesla fans must be tempted to feel pretty good about themselves these days. After all, the company’s stock price is hitting all-time highs as thousands join a two-year wait-list not only to drive Tesla’s latest vehicle, but to do something good for the planet!

In reality, CO2-emitting fossil fuels produce the energy to forge the thousands of pounds of steel, plastic, and metal that make up each and every Tesla vehicle. And more important, many of the key components in EVs rely on exotic and scarce “rare earth” minerals such as graphite, cobalt, and lithium, which are produced under some of the most appalling environmental and labor conditions on the planet

The ecological and human cost of these rare earths vital to EVs and other “clean energy” technologies is the focus of a new white paper by my group, America Rising Squared (AR2). A sampling of our findings:

To date, Tesla has declined to identify the source of rare earths used in its components – namely, graphite, cobalt, and lithium. Meanwhile, a range of humanitarian and media organizations, including Amnesty International, the BBC, and The Guardian, have published shocking reports about how bad conditions are for those mining for these minerals, finding “dystopian and horrifying” landscapes, “toxic sludge,” and “suffering” workers.

Rare earths are overwhelmingly imported from countries that do not share America’s commitment to protecting human rights and the environment. More than 85 percent of them come China (by contrast, 85 percent of petroleum consumption in America comes from the U.S. and Canada). The Congo is another major supplier, specifically of cobalt, 10 to 20 pounds of which the typical EV requires. As The Washington Post reported last year:

“An estimated 100,000 cobalt miners in Congo use hand tools to dig hundreds of feet underground with little oversight and few safety measures … Deaths and injuries are common. And the mining activity exposes local communities to levels of toxic metals that appear to be linked to ailments that include breathing problems and birth defects, health officials say.

Finally, looming future supply problems place at risk any technology currently dependent upon rare earths. There is only one rare earth mine in the United States, the Mountain Pass facility in California’s Mojave Desert, and that went bankrupt and shut down two years ago. In 2010, rare earth prices spiked by some 3,000 percent when China threatened to restrict supplies. The situation is so dire that last year, the Government Accountability Office released a report warning that the Pentagon’s reliance on China for rare earths “poses risks” to weapons systems vital to America’s national security

Mr. Musk obviously has lofty aspirations for his company, reflected in Tesla’s mission statement, which centers on a promise “to accelerate the advent of sustainable transport by bringing compelling mass market electric cars to market as soon as possible.” But how truly “sustainable” is a company dependent on obscure metals shown to be linked to child labor in Africa, environmental degradation in Asia, and trampling the rights of indigenous peoples’ in South America

These are just a few of the questions that Mr. Musk must answer as his “Tesla dream” wakes up to reality.

Brian Rogers is the Executive Director of America Rising Squared (AR2) a conservative-based policy organization. He can be found on Twitter @brianrogers99