The Letter The NYT Refused To Print 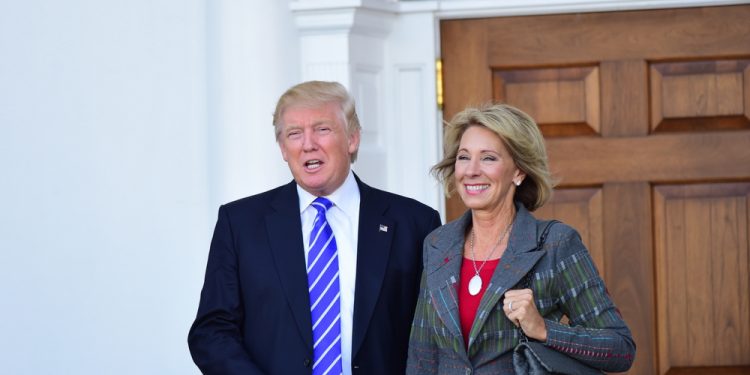 In an NYT piece that has already been debunked for its inaccurate claims about Betsy DeVos, a new development shows how the paper refused to include an important clarification by one of the individuals quoted in the story:

In a New York Times piece that has already been debunked for its inaccurate claims about Betsy DeVos, a new development shows how the left-wing paper refused to include an important clarification by one of the individuals quoted in the story. Clark Durant, who was quoted in the story in a way that made him seem critical of DeVos, was never actually contacted by the reporter. He wrote this letter to set the record straight, but, shockingly, The Times has refused to print it:

In response to Kate Zernike’s article on Betsy DeVos as Education Secretary (“How Trump’s Education Nominee Bent Detroit to Her Will on Charter Schools,” 12/12/16), I was not contacted by your reporter regarding my quote in the story. If contacted, I would say two things: first, my remarks at the May press conference were predicated on the adoption of amendments to the Senate bill, amendments that the Mayor agreed were necessary to treat district and charter public schools equally. But the Senate did not adopt them. Second, with Betsy DeVos’s full support, her representative came to Detroit to meet with the Mayor and me for dinner to talk about how to get real educational quality as well as outcome accountability for all public schools.  Not all public schools are succeeding. They should be closed. We need more great schools. Lastly, we need a new conversation on all of this, by everybody. There are good people in all of public education. Betsy DeVos is an excellent person to facilitate a new and refreshing conversation.