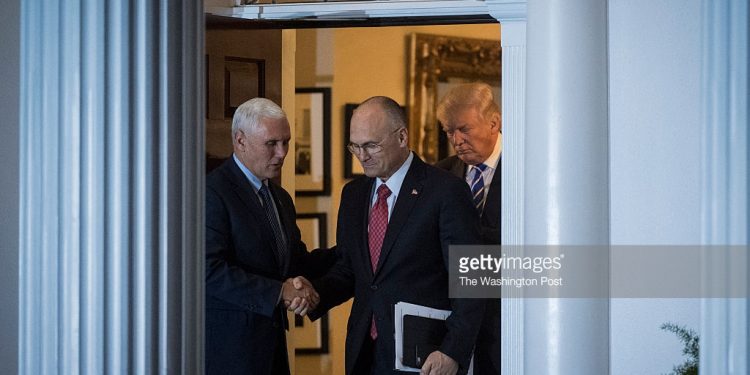 To right the wrongs of President Obama’s misguided policies, President-elect Trump needs a Labor Secretary that has ties to the real world, and knows what entrepreneurs are going through every day

The Obama-era Labor Department has wreaked havoc on businesses and the private sector, implementing oppressive rules that have stifled job growth and hindered business expansion. To right the wrongs of this administration’s deeply misguided policies, President-elect Trump needs to install a Labor Secretary that has ties to the real world, and knows what entrepreneurs are going through every day.

Fortunately, one of the individuals the President-elect has met with to discuss labor issues fills this important quality in spades. Andy Puzder cut his teeth in the private sector, rising to become chief executive of CKE Restaurants that is responsible for some 3,300 restaurant locations in 42 states and in 28 countries, employing more than 75,000 people in the United States.

Puzder, like the President-elect, hasn’t spent his career working in government – and that’s a good thing. He comes from outside the system and has faced the same challenges that are plaguing innovators today.

This year’s election proved that Americans desperately want to shake up the status quo and want new leaders that understand how the private economy works. Andy Puzder is that kind of leader and his business experience sets him apart as a uniquely qualified individual to help workers as the next Secretary of Labor.