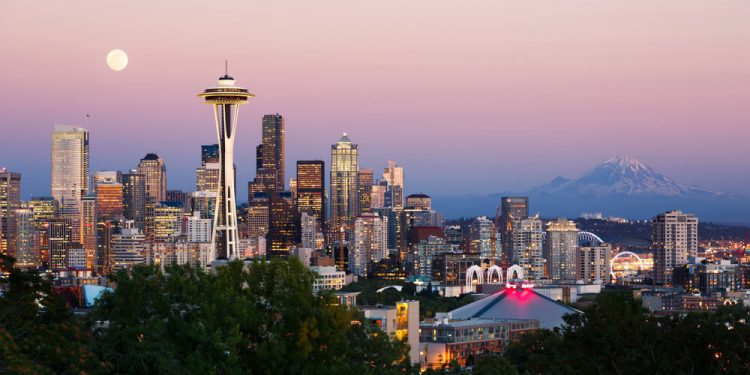 Liberals are excited about a report from UC-Berkeley’s Institute for Research and Labor Employment that somehow concludes that Seattle’s minimum wage hike has increased pay but not eliminated jobs. Sounds fishy? We think so too.

Excited liberals are shouting with glee today about a report from UC-Berkeley’s Institute for Research and Labor Employment that somehow concludes that Seattle’s minimum wage hike has increased pay but not eliminated jobs. Sounds fishy? We think so too.

This study from the left-wing outlet at Berkeley says point blank that it “was prepared at the request of the Mayor of Seattle,” and comes following a report from University of Washington researchers that didn’t have the Mayor’s desired results. Here’s what The Washington Post wrote about the original study that received acclaim across the board:

Yet the actual benefits to workers might have been minimal, according to a group of economists whom the city commissioned to study the minimum wage and who presented their initial findings last week.

The average hourly wage for workers affected by the increase jumped from $9.96 to $11.14, but wages likely would have increased some anyway due to Seattle’s overall economy. Meanwhile, although workers were earning more, fewer of them had a job than would have without an increase. Those who did work had fewer hours than they would have without the wage hike.

Seems like the Mayor needed a study from allies that could justify his dramatic minimum wage hike and found willing players at UC-Berkeley.

One of the reasons the Institute may have been willing to play ball could have something to do with the lead researcher on the study. Professor Michael Reich was named as one of the two chairs of the report, but a deeper analysis shows he’s no neutral third-party.  In March, Reich went to a minimum wage conference with the Seattle Mayor and other advocates for minimum wage hikes like ROC’s Saru Jayaraman. The conference was hosted by an unabashedly progressive organization called Fuse Washington and Reich’s attendance there shows he’s just like every other minimum wage advocate and that he used his agenda to reach a desired conclusion in this study.

Finally, facts that are already known simply don’t bear out the conclusions that this report draws. The study claims that jobs have not been eliminated due to the minimum wage hike, but Seattle institutions like Louisa’s Cafe and zPizza have said that they have closed down because the minimum wage made the cost of doing business unaffordable, eliminating jobs in the process. On top of that, a Subway owner in Seattle offered a testimonialsaying that the increase has forced her to cut her staff. So, the real stories from these businesses directly saying they have had to cut jobs due to the minimum wage hike and a Berkeley study saying jobs have not been eliminated in the city cannot both be true. The words from the people that have been directly affected by this new policy would seem to have more credibility than a biased study.

These are just three points that expose glaring holes in this phony report. Unsurprisingly, the left is running with the study and using it to show that there are no ramifications to hiking the minimum wage. That, of course, is fake news because other studies and evidence have shown that minimum wage increases will eliminate jobs, slow growth, and hurt American workers.