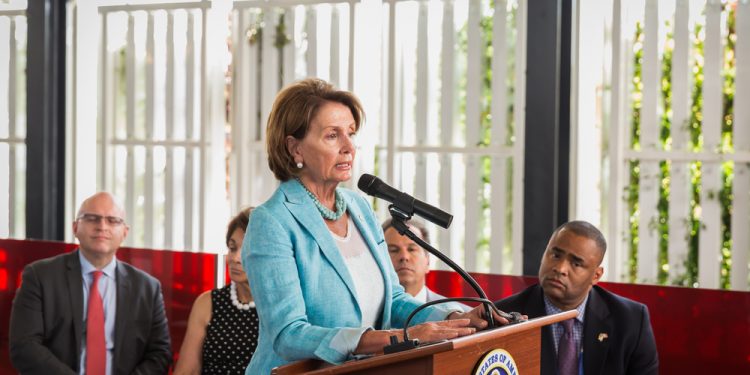 Democratic Rep. Tim Ryan thinks his party should take a common-sense approach and change their “emphasis” on the minimum wage debate and focus on raising wages for all workers instead

Earlier today, Rep. Tim Ryan, the challenger to take Nancy Pelosi’s position as Democratic House Minority Leader, took a common-sense approach by saying the Democrats need to change their “emphasis” on the minimum wage debate and focus on raising wages for all workers:

Ryan stated what many Democrats often forget, saying, “people don’t want a minimum wage job.” Rep. Ryan understands that the focus of this debate should be getting people middle class jobs instead of artificially hiking the minimum wage that would lead to economic consequences.

It seems clear that instead of spending time using the federal government to boost minimum wage in a way that is simply an appeasement to Big Labor, politicians should be working to make it easier for all Americans to find middle class jobs that provide self-sufficiency for individuals and their families.

A federal the minimum hike will only eliminate jobs and stifle progression in the workplace, acting as an impediment to the middle class. Rep. Ryan is correct that Democrats should be working to help people find better paying jobs, not just increasing the minimum wage.