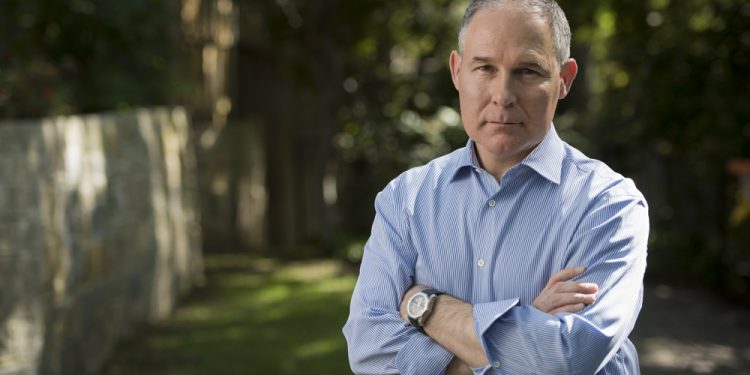 EPW Dems putting their blatant hypocrisy on full display as they carry water for the out-of-touch Environmentalist Left:

Politico reported last night that a group of six liberal Senators on the Environment and Public Works committee are attempting a partisan fishing expedition into the record of Oklahoma Attorney General Scott Pruitt.

The letter they have penned is startling for a number of reasons, not the least of which is the pure hypocrisy from two of the signatories. It turns out that despite being critical of Pruitt, Sens. Sheldon Whitehouse & Ed Markey both signed their name to a report that was drafted by an attorney from the far-left group EarthJustice. Here’s what The Washington Free Beacon reported this past September:

A report posted on Sen. Sheldon Whitehouse’s (D., R.I.) website on Monday accused Environmental Protection Agency critics of being in the thrall of the fossil fuel industry. According to metadata in the report, the document was created by an attorney with a green group currently defending EPA policies in federal court.

On top of their brazen attitude that attacks Pruitt for something that they have done themselves, this letter is a clear effort by these Senators to curry favor to extremists on the Environmentalist Left who have filled their campaign coffers for years.

According to OpenSecrets, this group of Senators has taken more than $1.2 million combined from out-of-touch groups like NextGen Climate Action, League of Conservation Voters (LCV), The Sierra Club, National Resources Defense Council (NRDC), and others:

It’s not surprising that these senators and their rich liberal donors would oppose an EPA Administrator committed to following the law rather than imposing a job-killing agenda through legally dubious rule-making and executive actions, as we’ve seen for the last eight years under President Obama. However, their political attacks against an upstanding public servant like Attorney General Pruitt are baseless and only distract from the positive change that he intends to bring to the EPA.