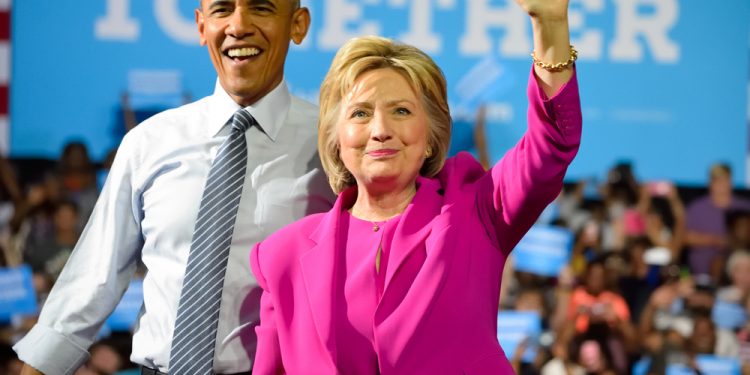 Hillary Clinton was late to the game with her tweet repeating an already debunked liberal attack line against Judge Kavanaugh:

I want to be sure we're all clear about something that Brett Kavanaugh said in his confirmation hearings last week. He referred to birth-control pills as "abortion-inducing drugs." That set off a lot of alarm bells for me, and it should for you, too.

This false narrative conjured up by 2020 hopeful Kamala Harris was found to be completely false by both the Washington Post and PolitiFact. The blowback to her tweet was immediate:

Maybe the fact checks she missed were in Wisconsin. https://t.co/FDYXYOzzBR

This claim got 4 Pinocchios. Hillary Clinton gearing up to snatch defeat from jaws of victory again? https://t.co/mEm5XwSEmH

Nothing is more characteristically Hillary Clinton that going in on a particular partisan talking point only *after* it has been extensively litigated, fact-checked as false, etc.

The @washingtonpost fact checked this and it’s pretty clear Kavanaugh was referring to the plaintiff’s arguments in the case when he said that phrase https://t.co/Wf632bn8tL https://t.co/lh4RBnGY8I

The Washington Post gives the claim Four Pinocchios, but that doesn't bother the Democratic who managed to lose to Donald Trump. No, siree. Fact checking is for the other side. https://t.co/99GKywxqAl https://t.co/ef8g2jR8pW