FACT CHECK: Schumer Curries Favor To Extremists On Left With Attack On DeVos 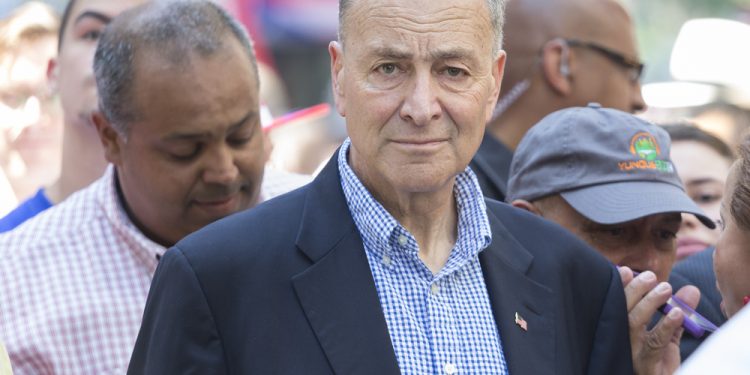 Much has been written lately about the tough political position Democrat Senate leader Chuck Schumer finds himself in. While he has a duty to try and compromise, he must cater to the unrealistic demands of the left-wing of his party and oppose everything put forward by the President.

That’s why he took to the floor this afternoon and smeared Betsy DeVos with unfair and inaccurate attacks in hopes of scuttling her nomination. While the fact remains that Betsy DeVos has the votes necessary to be confirmed, Schumer and his fellow Democrats intend to put on a heavy display of political theater to appease their base.

There is also a financial incentive for Schumer to launch false attacks because he has accepted thousands from teachers unions that oppose DeVos’ efforts to clean up the failing education status quo. In fact, Schumer has taken over $75,000 from the NEA and AFT, and those special interest unions made this investment with the full expectation that Schumer would oppose any education nominees that promote school choice and put students before teachers.

Schumer’s left-wing attacks should be ignored. While he does the bidding of his out-of-touch base, Betsy DeVos will fight so that every child has the opportunity to attend a good school and receive a quality education.