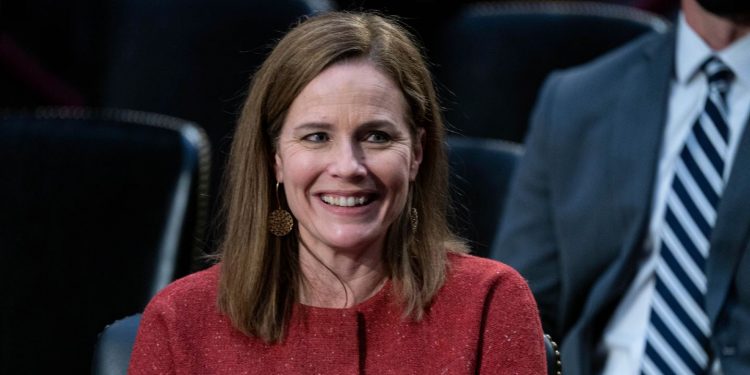 As if it wasn’t made obvious over the past three days, Judge Amy Coney Barrett has proven herself to have the qualifications and judicial temperament to serve on the highest court in the land.

The third day of Senate Judiciary Committee hearings was much like the previous two. Judge Barrett eloquently answered the member’s questions – even when they happened to be incoherent or absurd. Here are a few highlights:

Senator Diane Feinstein expressed how “impressed” she was with Judge Barret’s explanation of a legal term known as severability:

Watch: Even Democratic Senator Diane Feinstein couldn't contain how impressed she was with Judge Barrett.

"Thank you, that's quite a definition, I'm really impressed. Thank you." pic.twitter.com/FNjJW51RmW

Senator Kamala Harris was rebuked for desperately trying to get Judge Barrett to break with historical precedent by asking leading questions related to public policy:

Judge Barrett took @KamalaHarris
to task over her absurd line of questioning:

"I will not express a view on public policy – especially one that is politically controversial – because that's inconsistent with the judicial role as I have explained." pic.twitter.com/JCRznv8dvj

Barrett asks Coons if he's suggesting that she doesn't have her own mind or isn't an independent thinker.

It comes after what seems like the 50th implication in the past two days that a Justice Barrett would simply do what Justice Scalia did. pic.twitter.com/8CRVXwWWJb

Judge Barrett’s flawless performance was also reflected in a new Morning Consult poll, which found the majority of Americans believed the Senate should vote to confirm her. With no third round planned, a committee vote on her confirmation will be set up for October 22.

Bottom line: Judge Barrett handled Senate Democrats’ desperate partisan attacks with grace, showing the American people exactly why she’s uniquely qualified to serve on the Supreme Court. Her measured, thoughtful responses should serve as a template for future nominees and ensure that she’s confirmed in a timely manner.