Bernie Sanders and Joe Biden Fall Drastically Short on Paying for Their Plans, According to New Budget Model 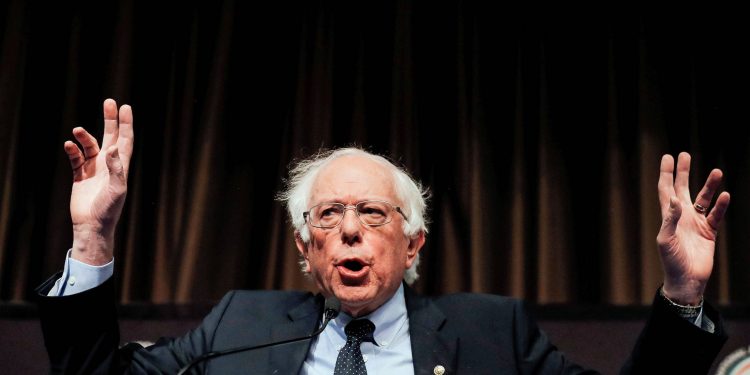 Democratic primary frontrunners Joe Biden and Bernie Sanders have both proposed big government programs that would require massive tax hikes as part of their campaigns.

Democratic primary frontrunners Joe Biden and Bernie Sanders have both proposed big government programs that would require massive tax hikes as part of their campaigns. However, a new report from Bloomberg News acts as a reality check on the plans proposed by the candidates.

It turns out, neither candidate has proposed a realistic plan to pay for their new spending. New modeling from the Penn Wharton Budget Model shows that each Biden and Sanders have vastly overestimated the amount of money that the government would collect from taxpayers under their tax plans.

Bloomberg News: “The Penn Wharton Budget Model estimate shows Biden’s plan would raise about $600 billion to $900 billion less than the $3.2 trillion over a decade than his campaign projected.

“Sanders is even further off the mark. His proposal to increase the top estate tax rate to 77% and apply the levy to more inheritances would raise an additional $267 billion over a decade. That’s on top of the $249 billion the Congressional Budget Office estimates the tax would raise with no changes. That’s still far short of the $2.2 trillion Sanders’ campaign has estimated, according to the budget model estimates.

“Sanders’s wealth tax, which would levy the fortunes of millionaires and billionaires at rates ranging from 1% to 8% annually, comes up at least $1 trillion short. Penn Wharton estimates it would generate $2.8 trillion to $3.3 trillion over 10 years while the Sanders campaign has estimated the tax would raise $4.35 trillion.”

The shortfall estimated for Sanders and Biden is similar to the massive shortfall that Elizabeth Warren’s much-maligned wealth tax would generate.

Bloomberg: “Senator Elizabeth Warren has run into the same problem. Penn Wharton previously said she is overestimating the proceeds of her wealth tax by at least $1 trillion.”

The shortfall in revenue projections are particularly important given that candidates have spent a lot of time proposing plans that look to be impossible to pass Congress and implement. Eventually, every plan introduced in Congress will be scored by the Congressional Budget Office and the Joint Committee on Taxation, which will cause not only political heartache for supporting Democrats, but also problems with implementation.

As the primary progresses and voting starts, these policy plans will come under even more scrutiny and candidates will have to start answering more questions about how realistic these plans are rather than simply trying to appeal to the party’s most left-wing voters.