AR2 Statement On ‘Fight For 15’s’ National Day Of Disruption 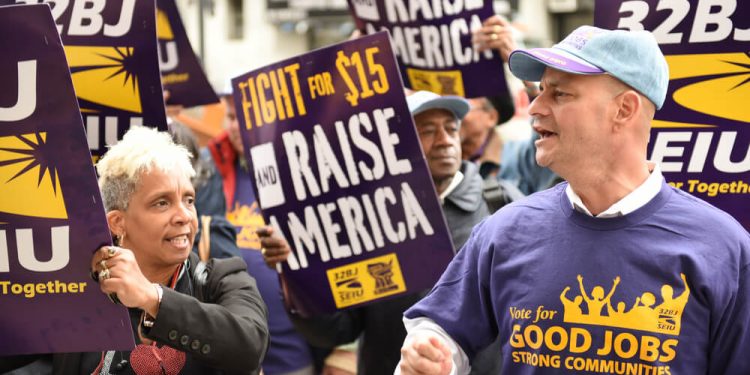 In advance of the so-called ‘Fight For 15’s’ planned National Day Of Disruption today, please see below for a statement from America Rising Squared.

In advance of the so-called ‘Fight For 15’s’ planned National Day Of Disruption today, please see below for a statement from America Rising Squared. In addition, AR2 will again be deploying our nationwide network of trackers to these protests to document what is actually taking place throughout the day:

“Big Labor poured hundreds of millions of its dues-paying members’ dollars into this past month’s elections, only to see its chosen candidates lose across the board. From the defeat of Hillary Clinton and so many others who strongly backed the unions’ “Fight for $15” minimum wage campaign, this election should serve as a wake-up call that organized labor’s special-interest agenda doesn’t reflect the values and priorities of working people across America.
“The American people understand that this kind of dramatic, across the board minimum wage hike would only hurt workers by killing jobs, damaging our nation’s economy. Already, jobs and businesses have fled cities and states that have experimented with this flawed policy and if fully implemented, some 7 million workers would see their jobs eliminated.
“The truth is, today’s protests are not genuine reflection of worker anxiety, but a highly coordinated, well-funded campaign by SEIU union bosses and their PR pros in New York City. Big labor is spending tens of millions of dollars to orchestrate these protests to try and recruit fast-food workers as new dues-payers, filling their shrinking coffers and bolster their depleted membership rolls.
“Instead of promoting these disruptive and divisive protests, big labor and their allies would be wise to acknowledge the will of the voters and pursue constructive policies to create more good paying jobs for all Americans, rather than another government-mandate that will cost jobs and stifle economic growth.”