AR2 FOIAs FOR INFORMATION ON STUDY COLLUSION BETWEEN MAYOR & UNIVERSITY 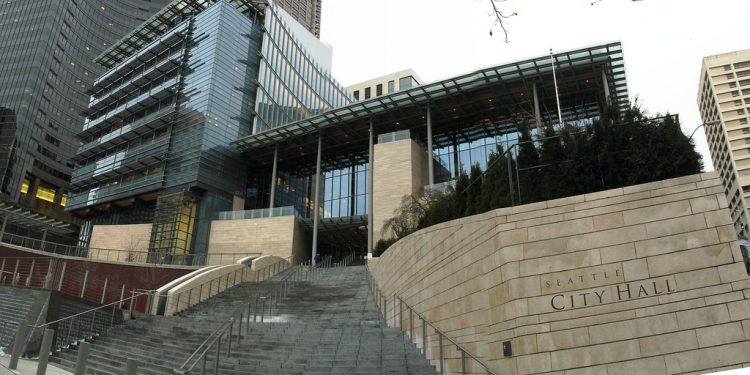 AR2 sent FOIAs to the Seattle Mayor’s office, UC-Berkeley, & the University of Washington, seeking info about possible collusion between Mayor Murray & a study published by a Berkeley’s institute last week

America Rising Squared (AR2) today sent Freedom Of Information Act requests (FOIAs) to the Seattle Mayor’s office, the University of California-Berkeley, and the University of Washington, seeking more information about possible collusion between Mayor Ed Murray and a study published by UC-Berkeley’s Institute For Research And Labor Employment last Tuesday.

Our requests stem from an article in The Seattle Weekly indicating that the Seattle Mayor’s office knew the University of Washington’s minimum wage report released yesterday would not have the results they wanted, so they contacted researchers at UC-Berkeley to concoct a study that would give them their desired findings.

“It’s painfully obvious that Seattle’s minimum wage hike has hurt workers in the city, eliminating $1,500 a year from their paychecks on average and slashing their opportunity to work more hours,” said Jeremy Adler, communications director for America Rising Squared. “Now we need to know how far the Mayor went to cover-up the negative effects of this increase and if he orchestrated his own favorable study that ignored the facts, in order to paint a rosy picture that misleads Seattleites.”

Please see the copies of the requests we filed below as well as a timeline of events leading up to this point:

June 20, 2017: University of California-Berkeley’s Institute For Research And Labor Employment released a study claiming that Seattle’s minimum wage hike has increased pay for workers without eliminating jobs. The study claims that it “was prepared at the request of the Mayor of Seattle,” and is immediately criticized for having a partisan-agenda and ignoring key facts.
June 26, 2017: University of Washington researchers released a study that finds Seattle’s minimum wage increase has slashed workers’ hours, costing them on average $125 a month. The study is called “very credible,” by MIT economics professor David Autor and analysts from FiveThirtyEight and The Washington Post both acknowledge that these findings are bad news for those that support minimum wage increases.
June 26, 2017: The Seattle Weekly’s Daniel Person publishes a piece entitled, “The City Knew the Bad Minimum Wage Report Was Coming Out, So It Called Up Berkeley,” with quotes from Seattle Mayor Ed Murray’s spokesperson indicating that the Mayor’s office was aware that University of Washington’s report would not have favorable results for minimum wage increase advocates. Person’s reporting then states that the Mayor’s office shared University of Washington’s findings with UC-Berkeley researchers that were supportive of minimum wage hikes, in order to give UC-Berkeley a chance to craft their own report that had positive results about the increase.

To The Seattle Mayor’s Office To University Of California-Berkeley To University Of Washington