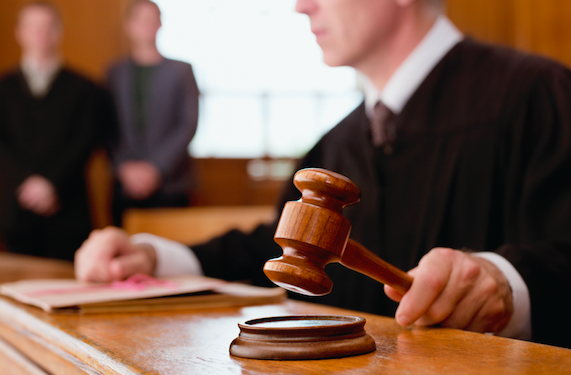 Akhil Reed Amar, Professor of Law and Political Science, Yale University: “The nomination of Judge Brett Kavanaugh to be the next Supreme Court justice is President Trump’s finest hour, his classiest move. Last week the president promised to select ‘someone with impeccable credentials, great intellect, unbiased judgment, and deep reverence for the laws and Constitution of the United States.’ In picking Judge Kavanaugh, he has done just that. In 2016, I strongly supported Hillary Clinton for president as well as President Barack Obama’s nominee for the Supreme Court, Judge Merrick Garland. But today, with the exception of the current justices and Judge Garland, it is hard to name anyone with judicial credentials as strong as those of Judge Kavanaugh.” (Akhil Reed Amar, “A Liberal’s Case For Brett Kavanaugh,” The New York Times, 7/9/18)

Michael Gerson, Columnist, The Washington Post: “This is a truly excellent choice by the President. I know Brett Kavanaugh to be a man of character, decency and intellectual depth. He has the mind and temperament of a great Supreme Court justice.” (Michael Gerson, Twitter, 7/9/18)

David Lat, Above The Law: “The selection of Judge Kavanaugh — a deeply respected, long-serving judge of the D.C. Circuit, the second most important court in the country after the Supreme Court — makes perfect sense. … Judge Kavanaugh has an impeccable résumé: Yale College, Yale Law School, a SCOTUS clerkship, government service (the Justice Department and White House), Biglaw practice (partnership at Kirkland & Ellis), and more than a dozen years of distinguished service on the D.C. Circuit. There are no objective or qualification-based reasons to oppose him. Judge Kavanaugh is not just brilliant but also extremely likable, and he will perform superbly at his hearings (even better than Justice Gorsuch, I predict).” (David Lat, “Meet President Trump’s Supreme Court Nominee: Judge Brett M. Kavanaugh!,” Above The Law, 7/9/18)

David Lat, Above The Law: “Congratulations to Judge Brett M. Kavanaugh (D.C. Cir.) on his selection as #SCOTUSnominee! He’s a great #SCOTUSpick, and a very logical one; I pegged him as the likely #SCOTUS nominee a few hours after Justice Kennedy’s retirement announcement.” (David Lat, Twitter, 7/9/18)

Orin Kerr, Professor, USC Gould School Of Law: “Conservatives will be super happy with Kavanaugh: He was an obvious choice for any GOP President wanting to please the base.” (Orin Kerr, Twitter, 7/9/18)

Carrie Severino, Judicial Crisis Network: “Brett Kavanaugh is a home run. Like Gorsuch, Kavanaugh is brilliant, fair and independent, committed to following the law and honoring the Constitution. I look forward to the confirmation of another great justice.” (Carrie Severino, Twitter, 7/9/18)

Kay Coles James, President, The Heritage Foundation: “I applaud @realDonaldTrump for nominating Brett Kavanaugh to be an associate justice on the Supreme Court of the United States.” (Kay Coles James, Twitter, 7/9/18)

David French, Senior Fellow, National Review Institute: “He’s been solid on free speech and religious liberty. He’s a respected intellect, and so he won’t be just a vote — He may well be an influential justice.” (David French, Twitter, 7/9/18)

Steven Law, One Nation President and CEO: “Judge Brett Kavanaugh is a constitutional conservative in the same tradition of Justice Kennedy and Justice Gorsuch. We applaud President Trump for the careful consideration he has given to this nomination, and are disappointed by those Senators who pre-determined their opposition to the President’s nominee before knowing who it was.” (One Nation, Press Release, 7/9/18)

Russell Moore, President ERLC: “Judge Kavanaugh is an outstanding choice for the Supreme Court. He has a strong record, and the Senate should confirm him without delay.” (Russell Moore, Twitter, 7/9/18)

Elise Jordan, MSNBC Political Analyst: “There are few people I’ve worked under that I respect as much as Judge Brett Kavanaugh. As a young speechwriting aide when he was Staff Sec, I learned so much from his example of discipline, attention to detail, factual accuracy, and, most of all, human decency. #SCOTUS” (Elise Jordan, Twitter, 7/9/18)