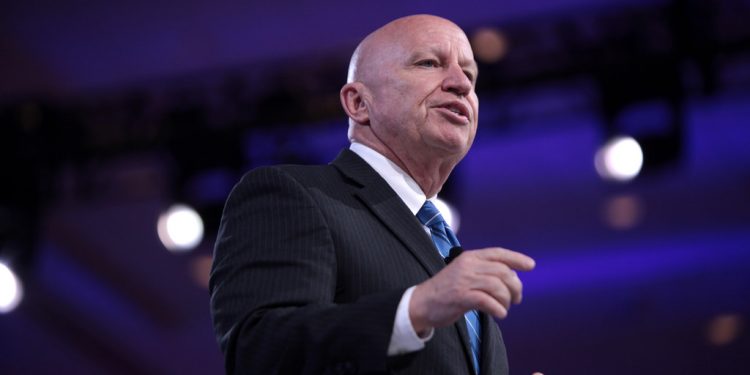 Rep. Kevin Brady visited the Reagan Ranch to outline how Congress plans to help the middle class through this legislation. His speech earned him praise for its “big-picture vision” & declaration that “failure is not an option.”:

As the GOP gets set to offer serious reforms to tax code for the first time since 1986, Ways & Means Chairman Kevin Brady visited the Reagan Ranch yesterday to outline how Congress plans to help the middle class through this legislation. His speech earned him praise for its “big-picture vision” and declaration that “failure is not an option.”:

“His overall push centered on a big-picture vision that Americans might rally around.”

“Brady used the 40th president to signal just how long it’s been since Congress did anything meaningful to address the tax system. He noted that the tax code has tripled in length since the revamp passed in 1986.”

“Brady pledged to work with Democrats…”

Joseph Lawler, The Washington Examiner: “Rep. Kevin Brady, the Texas Republican tasked with steering tax reform through the House, promised success Wednesday in a speech at the Reagan Ranch in California, saying that failure is not an option.”

“Brady warned that special interests would aim to kill tax reform to keep tax breaks that benefit them.”

Phil Willon, Los Angeles Times: “Hoping up to conjure up the same momentum that led to a 1986 tax overhaul under President Reagan, Republican leaders on the House Ways and Means Committee traveled to the Reagan Ranch on Wednesday to pitch an equally ambitious tax plan.”

“Brady promised to invite Democrats to the table, saying they have lots of good ideas and have just as much interest in creating jobs and keeping U.S. companies from moving overseas.”