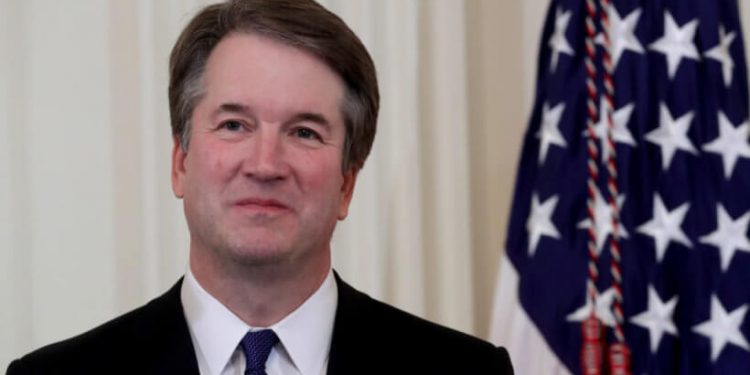 Week Three in the battle to confirm Judge Kavanaugh was marked by continued extreme rhetoric from the Democratic Party, coupled with stalling tactics from Senator Schumer. Senator Booker tagged all Judge Kavanaugh supporters as “evil,” and new documents revealed that media outlets are targeting Judge Kavanaugh’s wife by seeking emails.

The Hill laid out the litany of failed attacks on Judge Kavanaugh as they struggle to find a reason to vote against his nomination:

In the roughly two weeks since Kavanaugh was announced as Trump’s pick to replace Justice Anthony Kennedy, Democrats have jumped from abortion and the Affordable Care Act to what his past writings on executive authority could mean for special counsel Robert Mueller’s probe into potential collusion between the Trump campaign and Russia.”

NTK Network released documents obtained by America Rising showing that The New York Times is targeting Judge Kavanaugh’s wife, looking for emails from her job as a town manager in Maryland related to search terms like “gay,” “abortion,” “gun” and “Federalist.” The Associated Press has also filed a sweeping records request for all of Ashley Kavanaugh’s emails. Check out the documents here.

In one of the clearest displays of extreme rhetoric, Senator Cory Booker went off the rails this week, claiming that anyone who supports Judge Kavanaugh is “complicit” in “evil”:

Senator John Cornyn took to the Senate floor to remind Senator Booker and his Democratic colleagues to “get a grip”:

CNN reported on remarks from Justice Elena Kagan lamenting the extreme partisanship being displayed in the fight to confirm Judge Kavanaugh:

“There have certainly been periods where the expectation has been that if you have a certain set of qualifications and if you looked like you were going to be a responsible judge, even if somebody thinks that there is going to be some set of rulings which they’ll disagree with, the expectation was, nonetheless the President was entitled to his Supreme Court pick,” Kagan said.

In the least surprising news of the week, Senator Schumer continued his “delusory document demand” in an attempt to delay the nomination process. He has yet to sit down with Judge Kavanaugh for a meeting:

National Review – Bench Memos: “Yet somehow Senate Democratic leader Chuck Schumer is pretending that’s not enough. He is demanding the millions of pages of documents that passed through Kavanaugh’s office during his three years as White House staff secretary. Grassley is entirely correct to reject Schumer’s request (as he directly did in this forceful letter to Schumer yesterday).”