Top 10: Why Chris Koster Is Wrong For Missouri 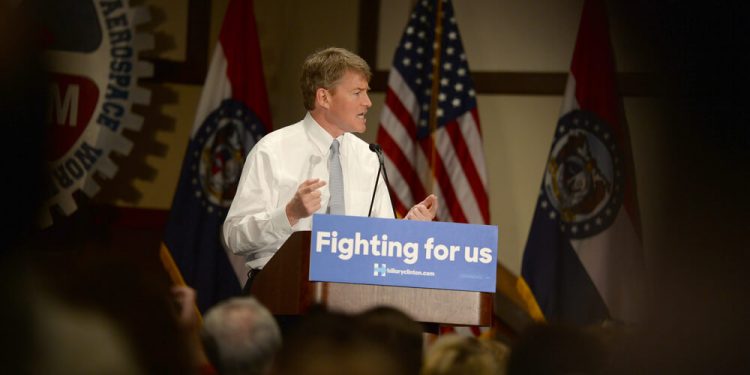 There are far more than 10 reasons why Chris Koster shouldn’t be the state’s next governor, but here’s a quick refresher of some of his worst lowlights to remind Missourians why he’s the wrong choice tomorrow:

There are far more than 10 reasons why Chris Koster shouldn’t be the state’s next governor, but here’s a quick refresher of some of his worst lowlights to remind Missourians why he’s the wrong choice tomorrow:

1. He Embraced The Obama Agenda & Wants To Bring It To MO

Disqualifying. Missouri has been crushed during the Obama years, but Chris Koster claims that he wants to, “build on,” what Obama has done. The next governor needs to stand up for the state and not with the failed Obama-ideas that have come out of Washington D.C.

He’s hemmed and hawed but make no mistake, Chris Koster supports Hillary Clinton and a vote for him is a vote for her. Clinton has spent $500,000 to get Koster elected and Missouri doesn’t need a Clinton-ally as its next governor.

3. His Corrupt Behavior Was At The Center Of A Pulitzer Prize Winning Article

Missouri can’t trust Chris Koster because he’s betrayed the state’s trust before. After he was elected Attorney General, The New York Times detailed repeated instances of him not prosecuting companies after they donated to his campaign fund. That’s unacceptable behavior from an elected official and proves that special interests can buy Chris Koster and pay him to ignore his responsibilities to the state.

4. He Spent Millions In Taxpayer Money To Upgrade His Office

During a state budget crunch, Koster decided that it would be financially prudent to spend $3.2 million to improve his Jefferson City office. Not only is that selfish behavior but it shows that Koster can’t be trusted to manage the state budget when he carelessly threw around taxpayer money in the past.

Far left groups like unions have funneled nearly $9 million into Koster’s campaign account so that he will carry out their agenda if he wins. This would include blocking Right-To-Work legislation that would create new jobs and standing with union bosses before the best interest of workers across the state. Missouri needs a governor that champions all jobs, all workers, and all opportunities, not one that’s in the pocket of big labor.

Missouri will face higher health care costs and fewer options for consumers, but Chris Koster still wants to expand ObamaCare into the state. Across the country, this law is collapsing under its own weight and the next governor needs to make health care access easier and more affordable, not bring Washington D.C.’s problems to Missouri’s backyard.

7. He’s A Blatant Political Opportunist That Puts Himself Above The State

Don’t take our word for it, just look at what editorial boards across the state have said about his behavior. The St. Louis Post-Dispatch has called him a, “well-known political opportunist,” and even titled an editorial, “Koster The Imposter,” referring to him as a, “pandering political opportunist with a capital O,” while The Kansas City Star has been just as harsh, writing that Koster’s, “towering ambition,” is his, “one constant,” and noting that some of his behavior as Attorney General was, “blatantly opportunistic.” That’s not the kind of character traits that should define Missouri’s next governor.

8. He’s A Serial Flip-Flopper That Has No Core

From Voter ID to Medicaid expansion to campaign contribution limits, Chris Koster has been on multiple sides of multiple issues.  Instead of having a governor that will bend with the political wind, Missouri needs a strong leader that will have courage in his convictions.

9. He Doesn’t Show Up And Will Ignore Tough Crowds

Earlier this year, Koster created front page news when he skipped a candidate forum and disrespectfully offered to send a “stand-in,” instead. The event organizer rightly criticized Koster, telling the Columbia Daily-Tribune that they, “we’re not interested in the stand-in. We are interested in the people willing to come and speak to you, the voters, and answer your questions.” If Koster can’t show up at important events and outline his vision for the state during the campaign, he can’t be trusted to be a transparent and accountable governor.

10. He’s A Career Politician That’s Been Part Of The Problem For More Than Two Decades

22 years. That’s how long Chris Koster has been in politics. He’s been in Jefferson City for the last 12 years and in his time there, the state capital has only become more dysfunctional and less accountable to Missourians. Instead of promoting someone that’s been part of the problem for so long, the next governor should an outsider who can provide a new direction for the state.