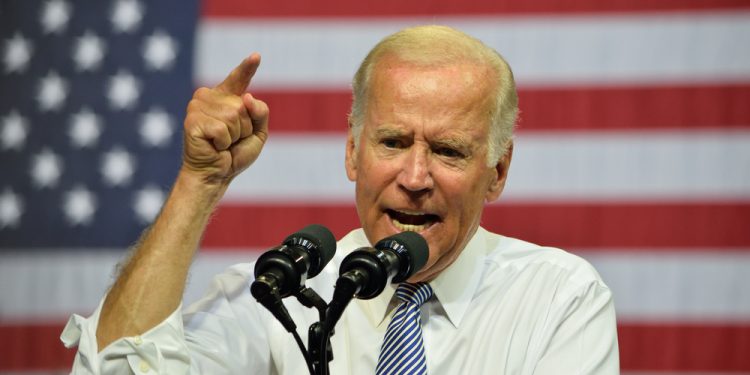 Joe Biden is traveling to La Crosse, Wisconsin today to cement support for a bipartisan infrastructure deal in Congress. However, running parallel with it is the Biden-Harris administration’s American Families Plan which allocates trillions of dollars to progressives’ social justice initiatives and massively expands federal entitlements without an adequate means of paying for it, according to an op-ed in the Wall Street Journal.

Wall Street Journal: “For the first time in U.S. history—except possibly for the pandemic years 2020 and 2021, for which we don’t yet have data—more than half of working-age households would be on the entitlement rolls if the plan were enacted in its current form. Contrary to Mr. Biden’s assertion that his plan ‘doesn’t add a single penny to our deficits,’ his plan would add more than $1 trillion to the national debt over the next decade.”

Programs such as free community college, free daycare for eligible families, and up to 12 weeks of paid time off, are some of the core pillars of Biden-Harris’ American Families Plan and would mostly benefit middle to upper income households.

Wall Street Journal: “These programs extend eligibility for benefits high up the income ladder. Two-parent households with two preschool-age children and incomes up to $130,000 would qualify for federal cash assistance for daycare. Single parents with two preschoolers and incomes up to $113,000 would qualify. And some families with incomes over $200,000 would be eligible for health-insurance subsidies. Other parts of the plan, such as paid leave and free community college, have no income limits at all.”

The big question is: How will we pay for it all? While Biden claims he will fund his plan by taxing the rich, studies have shown that middle-class Americans will bear the brunt. Plus, the hidden expenses littered throughout the American Families Plan pushes its deficit “to more than $1 trillion during the next 10 years.”

Wall Street Journal: “If passed, it would accelerate the pace of entitlement expansions that began in the late 1960s. Improving the safety net is one thing, but spending more than $1 trillion on mainly middle-class entitlements and financing this expenditure with debt robs future generations while enriching today’s.”