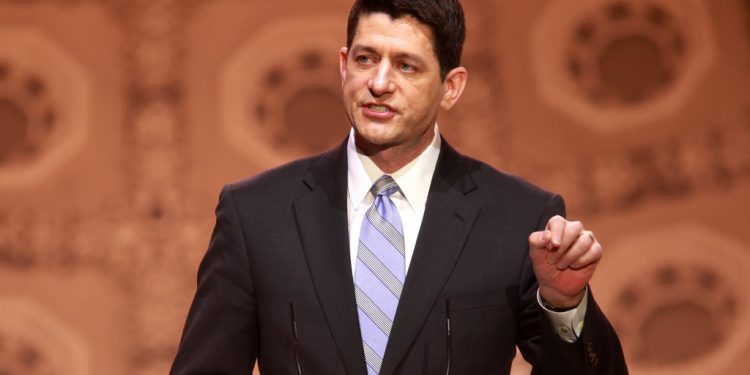 In a strong address and conversation at the Heritage Foundation this morning, Speaker Paul Ryan made it clear why it’s critical for Congress to advance tax reform this year

In a strong address and conversation at the Heritage Foundation this morning, Speaker Paul Ryan made it clear why it’s critical for Congress to advance tax reform this year.

You can watch the whole event here but below is a key portion when the Speaker was asked about Democrats supporting this plan and he said unequivocally that those in manufacturing & farming states who oppose the final legislation are fundamentally voting against the best interests of their constituents. (cc Claire McCaskill, Heidi Heitkamp, Jon Tester, Joe Manchin, Joe Donnelly).

SPEAKER PAUL RYAN: With respect to Democrats, I can’t imagine a Democrat from a state like mine, a manufacturing, agriculture state like say Indiana, or North Dakota, or Missouri, would just decide to vote with the ideological left, against their own constituents. Against their constituents who are farmers and ranchers and small business people, who are struggling just as much as Virginians and Wisconsinites under an oppressive tax system. I can’t imagine a Democrat will – I understand their going to vote ideology and the party line on judges and things like this – but on something so rudimentary, so clearly in the interest of their constituents and the economy of the people that they serve, I can’t imagine we’re not going to get some votes from some of these Democrats, I really believe.

Because if you listen to what they say, they’re saying the same thing we’re saying. I just quoted Barack Obama on the need to lower corporate tax cuts. So I really do believe at the end of the day that there’s going to be a bipartisan support for this, and given that we’re wired the same way on tax reform, I feel like we’re on the same page.