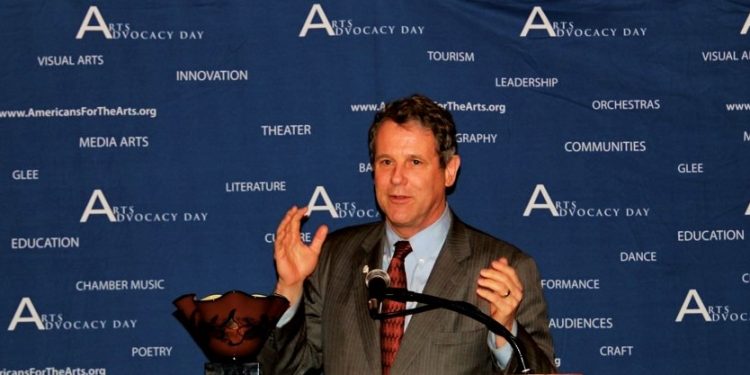 For his more than four decades in elective office, Sherrod Brown has consistently stood up for his political party, even if it means obstructing policies that would help his constituents.

For his more than four decades in elected office, Sherrod Brown has consistently stood up for his political party, even if it means obstructing policies that would help his constituents.

The latest example is on tax reform, which enjoys broad support in Ohio and would help families across the state keep more of what they earn. The Columbus Dispatch reported that Brown came out yesterday and criticized elements of tax reform that aren’t even in the congressional plan yet, showing his close-mindedness on this issue.

However, the Buckeye State clearly disagrees with his opposition. More than 2/3rds of Ohioans said that they supported a tax reform plan that Republicans are considering. On top of that, The Tax Foundation estimated that if a plan is able to pass Congress, median income households in Ohio would see their after-tax incomes rise by more than $4,500 and the state would gain more than 60,000 jobs.

If Sherrod Brown wanted to help voters in his state who deserve a break, he wouldn’t reject tax reform out of hand, but should be offering to work with Republicans in giving some relief to the middle class. Instead, he’s far more focused on racing to the left and lining up his White House prospects in 2020 than actually serving the people who elected him.