Medicare for All Will Require Tax Hikes on the Middle Class, According to New Study 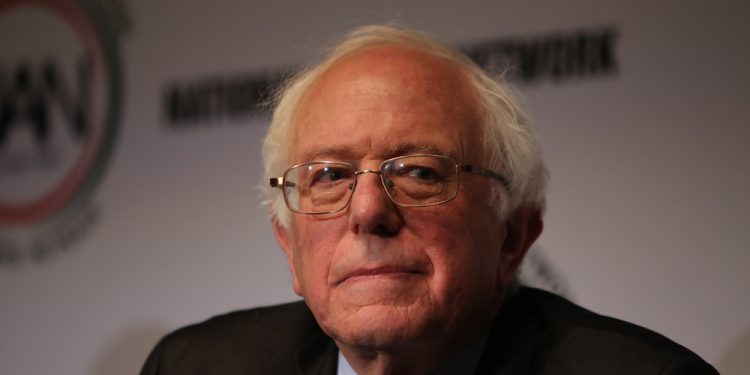 Elizabeth Warren and Bernie Sanders have both embraced Medicare for All as a centerpiece to their campaigns for President.

Elizabeth Warren and Bernie Sanders have both embraced Medicare for All as a centerpiece to their campaigns for President. Sanders is the original author of the Medicare for All legislation that numerous candidates embraced in the beginning stages of the primary, with some sticking with him, including Warren, and others distancing themselves from him, namely Kamala Harris.

The fervor over the plan during the past few weeks has centered around how to pay for a plan that “would require $34 trillion in additional federal spending over its first decade in operation.” Joe Biden, Pete Buttigieg, and Amy Klobuchar have criticized the plan saying that taxes on middle-class families would have to be raised in order to play for the plan.

Bernie Sanders has previously acknowledged that middle-class taxes would have to go up. Elizabeth Warren, on the other hand, has repeatedly dodged whether taxes would go up on middle-class families. As a result, she received a ton of heat during the October presidential primary debate from opponents over her unwillingness to be honest with the voters.

In fact, implementing a hypothetical new extreme tax regime that would appeal to left-wing progressives wouldn’t even cover half of the cost:

CRFB: “To give a sense of how much could be raised from high earners, we compiled an extremely aggressive list of tax increases on the wealthy and corporations with very rough (and generally optimistic) estimates of how much revenue each option would raise. The table below assumes policymakers raise the top two tax rates from 35 and 37 percent up to 70 percent, phase out most deductions and exclusions for higher incomes, double the corporate income tax rate from 21 to 42 percent, impose a tax on wealth or tax capital gains mark-to-market for high net worth individuals, establish a tax on financial transactions and large financial institutions, and pass a variety of other tax increases. Using our very rough estimates and excluding many interactions and economic feedback, we estimate these policies would raise a total of $11 trillion over a decade, enough to cover roughly 40 percent of the cost of Medicare for All.”

Other experts are also weighing in on the reality that Medicare for All will require a significant tax hit to middle-class families.

Washington Post: “Obviously, all of the 180 million people who have private insurance are not going to pay less. It’s impossible to have an ‘everybody wins’ scenario here,” said Kenneth Thorpe, chairman of the health policy department at Emory University. “The plan is by design incredibly disruptive. As a result, you create enormous winners and losers.”

“‘There’s no question it hits the middle class,’ he added.”

“John Holahan, a health policy expert at the nonpartisan Urban Institute agreed: ‘Even though high-income people are going to pay a lot more, this has to hit the middle class.’”

It’s clear that Medicare for All would require significant tax increases on the middle-class. The most generous and accommodating estimates show that revenue from business taxes and taking more money from the wealthy won’t even come close to paying for a government takeover of healthcare.