If Democrats Win the Senate, Bernie Sanders Will Be in Charge of Your Healthcare 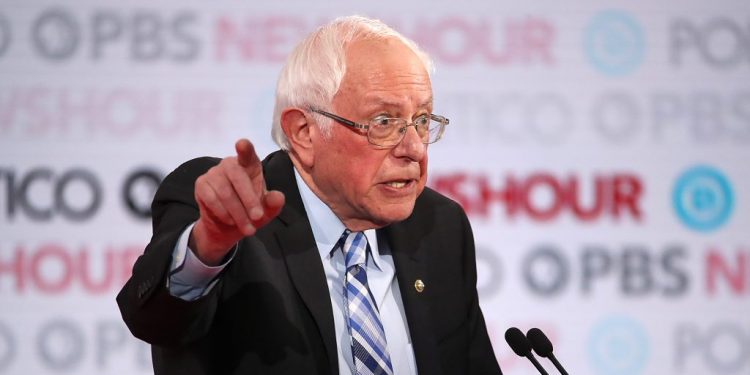 Sanders is an avowed socialist who ran on a platform for President that promised to eliminate employer-provided health care and eventually move everyone to a government-controlled plan.

Bad news for Americans who don’t want a complete government takeover of their healthcare: if the Democrats win the Senate, Bernie Sanders is set to become the Chairman of the Subcommittee on Health for the Senate panel that handles health care policy.

Sanders is an avowed socialist who ran on a platform for President that promised to eliminate employer-provided health care and eventually move everyone to a government-controlled plan.

No candidate who ran on government-controlled health care was able to articulate a number of thorny hurdles that stood in the way of making the scheme viable.

One such thorny issue is that getting rid of employer-provided insurance would eliminate two million American jobs as a result of the government nationalizing health care delivery.

And despite having years of time to develop a proper plan, Bernie Sanders and his supporters were never able to develop a plan to pay for Medicare for All, which would cost American taxpayers over thirty trillion dollars over the next ten years. The only suggestion that Sanders did concede that would get close to paying for his scheme would be a massive tax increase on the middle class.

His plan was largely unpopular in the Presidential primary as the issue was debated in the public eye and voters became more and more aware of what his plans would mean for them. And rather than him winning the presidential election, if Democrats win the Senate, Sanders would now have the ability to impose his plan on Americans from Congress.