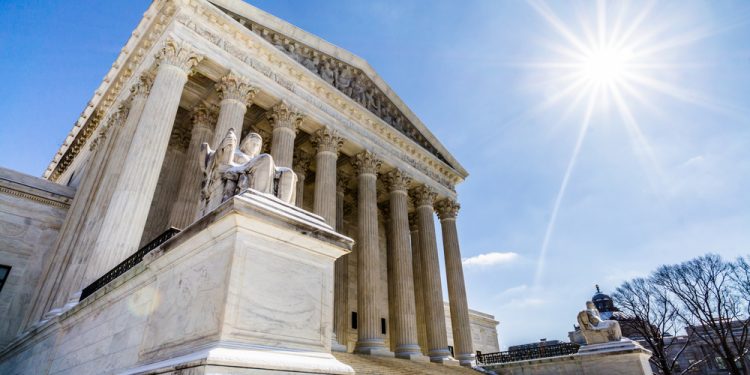 Less than 24 hours out from President Trump’s announcement of Judge Kavanaugh for the Supreme Court and the praise and accolades for his judicial record continue to roll in:

The San Diego Union-Tribune Editorial Board:“In choosing Brett Kavanaugh — a judge on the Washington, D.C., U.S. Circuit Court of Appeals — to replace retiring Justice Anthony Kennedy, Trump has chosen a deeply experienced nominee with 300 opinions under his belt who appears well within the judicial mainstream.” (Editorial Board, “Why Supreme Court Nominee Brett Kavanaugh May Be More Independent Than You Expect,” The San Diego Union-Tribune, 7/9/18)

New York Post Editorial Board: “Once again staying true to his campaign promises, President Trump just nominated Brett Kavanaugh to replace Justice Anthony Kennedy on the Supreme Court. He’s an excellent choice – though the coming wave of fear-mongering may hide that fact for a while. Judge Kavanaugh, 53, is widely seen as one of the top legal minds of his generation – so much so that now-Justice Elena Kagan recruited him to teach at Harvard Law, where students across the spectrum rave about him. Though firmly committed to interpreting the Constitution as written, he’s no ideologue” (Editorial Board, “An Excellent Pick,” The  New York Post, 7/10/18)

Boston Herald Editorial Board:“Kavanaugh is a solid pick for the Supreme Court. He is a true conservative and considered a brilliant thinker by his contemporaries.” (Editorial Board, “Editorial: Nix The Toxic, Give Brett Kavanaugh A Shot,” Boston Herald, 7/10/18)

The Weekly Standard Editorial Board:“Unless we are mistaken, however, neither Judge Kavanaugh’s words nor his achievements nor his character will give any fair-minded lawmaker, Democrat or Republican, reason to conclude that he is anything but a first-rate legal mind and a conspicuously qualified nominee.” (Editorial Board, “Editorial: Justice Kavanaugh?,” The Weekly Standard, 7/10/18)

National Review Editorial Board: “Judge Brett Kavanaugh, President Donald Trump’s new nominee for the Supreme Court, is a whip-smart legal conservative. As a judge in the highest-profile appeals court in the nation, he has shown an exemplary dedication to the rule of law. (Editorial Board, “A Worthy Pick,” National Review, 7/9/18)

The Los Angeles Times Editorial Board:“With his nomination of Brett Kavanaugh to the Supreme Court, President Trump has chosen an experienced federal judge with a conservative record whose profile is less ideological than those of some other candidates he considered.” (Editorial Board, “Trump Bets On Kavanaugh; But Can The Bitter, Hyperpartisan, Dysfunctional Process Of Selecting Supreme Court Justices Be Fixed?,” The Los Angeles Times, 7/10/18)

The Washington Post Editorial Board: “Mr. Kavanaugh meets the basic qualifications for high court service. A Yale Law School graduate who clerked for Mr. Kennedy, he has served for 12 years on the powerful U.S. Court of Appeals for the District of Columbia Circuit. The country certainly could have expected worse from President Trump.: (Editorial Board, “What Sneators Need From Mr. Kavanaugh,” The Washington Post, 7/9/18)

Kelly Shackleford, CEO, First Liberty Institute: “He is an excellent judge—and will make a great Justice of the Supreme Court of the United States—because he is  restrained, brilliant, humble, competent and very much committed to the Constitution. In his time on the bench, Judge Kavanaugh has demonstrated a deep respect for the proper role of the judiciary. His opinions have consistently adhered to our founding principles that government exists to protect the God-given rights of the people and that the Constitution exists to prevent government from infringing on the rights it is entrusted to defend.” (Kelly Shackleford, “We Can Trust Trump’s Supreme Court Pick Brett Kavanaugh To Defend Religious Liberty — Our Most Sacred Right,” Fox News, 7/9/18)

Caroline Van Zile, Former Law Clerk To Judge Kavanaugh And Justice Kennedy:“During my time in the judge’s chambers, I came to understand what judicial excellence looks like — and that being an excellent judge means considering views that do not always mirror your own. From the moment a case arrived in his chambers, Judge Kavanaugh immersed himself in it. He wanted to understand every argument and perspective: What were the best points in favor of one side? How about the other? What was the text of the statute? And what did the Constitution have to say about the matter? The judge was always eager to debate the merits of a case, and he welcomed all perspectives.” (Caroline Van Zile, “Judge Brett Kavanaugh’s Clerk: He Was A Wonderful Boss And A Fair-Minded Judge,” USA Today, 7/10/18)

Barbara A. Perry, Professor And Director Of Presidential Studies, University Of Virginia: “As the nominee to replace his judicial role model Justice Anthony Kennedy, for whom he clerked, Kavanaugh is the perfect candidate to assume the Court’s swing seat under a Republican president.” (“In Trump’s Court Pick, Who Won?,” CNN, 7/10/18)

Ed Whelan, President, Ethics & Public Policy Center: “Congratulations to President Trump on his decision to nominate D.C. Circuit judge Brett M. Kavanaugh to the Supreme Court. I very much look forward to Justice Kavanaugh. Judge Kavanaugh, 53 years old, has compiled an outstanding record during his twelve years on the federal court of appeals in D.C. On what is commonly regarded as the second-most-important court in the country, he has confronted a vast array of consequential constitutional and statutory issues and has written strong, influential opinions. His positions in numerous dissents were later adopted by Supreme Court majorities.” (Ed Whelan, “Trump Picks Brett Kavanaugh,” National Review, 7/9/18)

Erika Bachiochi, Fellow, Ethics & Public Policy Center and Visiting Scholar, Harvard Law School :“Judge Brett Kavanaugh is a legal all-star, an accomplished  jurist, and a darling of the conservative judicial establishment; he can be trusted by friend and foe alike to interpret the Constitution as it is written.” (“In Trump’s Court Pick, Who Won?,” CNN, 7/10/18)

VIDEO: Luke McCloud, Former Clerk To Judge Kavanaugh: “I think regardless of your political views you can be comfortable with Judge Kavanaugh being confirmed to the Supreme Court. I think Steve is right that Judge Kavanaugh has certain core commitments he carries with him across all cases but I know from my personal experiences working with him, he approaches each case individually and fairly. He’s fair minded and interested in learning the best arguments for both sides regardless of what the issue is or who the parties are.” (CNN, 7/10/18)