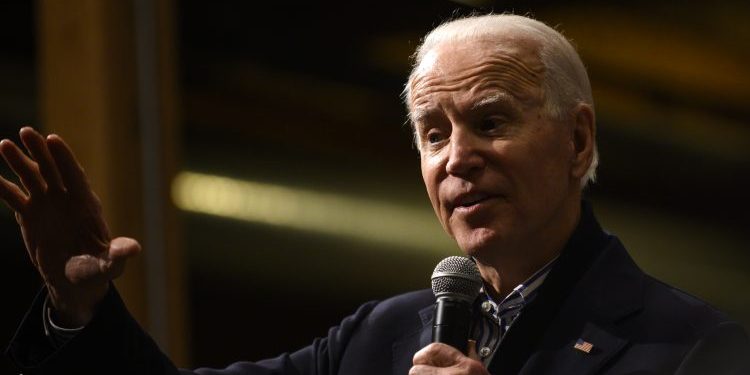 President Biden should focus on helping workers through this coronavirus crisis rather than pushing his activist-driven, radical policies on families who are already struggling.

According to a report from the Wall Street Journal, businesses and economists are warning that President Joe Biden’s plan to raise the minimum wage to $15 an hour could actually hurt Americans rather than help them.

WSJ: “The nonpartisan Congressional Budget Office found in a 2019 study that raising the federal minimum wage to $15 an hour by 2025 could cost 1.3 million Americans their jobs.”

Experts argue that with many small businesses already struggling to make ends meet during the coronavirus outbreak, they will not be able to afford the $15 minimum wage requirement. It would then force those businesses to replace workers, pay them off the books, or, worse, close their doors.

WSJ: “Jonathan Meer, an economist at Texas A&M University, said a $15 minimum wage will push businesses to use self-checkout kiosks and other technology to replace workers and will encourage companies to pay workers off the books.

“‘In rural areas of the country, people will still be working, but it won’t be for $15 an hour,’ he said. ‘They’ll be paid under the table and therefore forgo unemployment insurance, workers’ compensation and not accrue Social Security benefits.’”

Joe Biden’s controversial proposal comes at a time when many states are already grappling with historically low unemployment rates.

The Denver Post: “Colorado ranks nearly dead last when comparing which state’s unemployment rates are bouncing back most during the COVID-19 crisis, according to a new WalletHub study released Tuesday.”

Detroit Free Press: “Michigan’s unemployment rate increased in December for the second straight month, a troubling sign for the speed of the state’s economic recovery after the rate was steadily declining for several months since the early days of the pandemic.”

Bottom line: President Biden should focus on helping workers through this coronavirus crisis rather than pushing his activist-driven, radical policies on families who are already struggling.