Donnelly Refuses to Comment on Potential SCOTUS Pick From Indiana 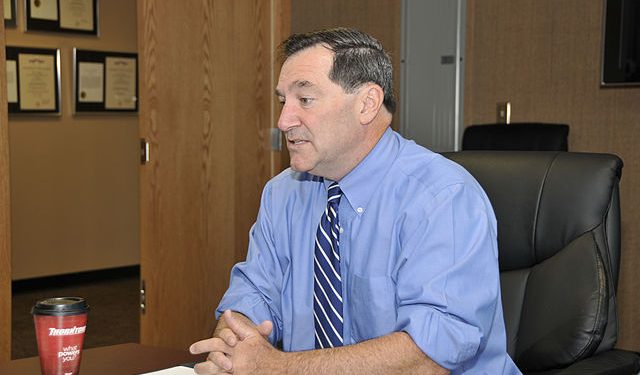 Indiana Senator Joe Donnelly is declining to comment on President Trump’s potential SCOTUS nominee and fellow Hoosier, Judge Amy Coney Barrett. However, he voted to confirm her to the 7th Circuit Court last year and said she was qualified for the position.

ANCHOR: “Three Democrats voted to confirm Judge Coney Barrett to the Seventh Circuit Court of Appeals just last year. And one of those Democrats was Indiana Senator Joe Donnelly. And we did reach out to the senator for a comment on Judge Barrett’s rise to Trump’s shortlist. Donnelly’s staff declined our request for an interview, and referred us to statements about Justice Anthony Kennedy’s retirement. And those statements were made last week.“

Donnelly isn’t the only vulnerable Democrat who has a potential SCOTUS nominee from their state. Claire McCaskill of Missouri, Bob Casey of Pennsylvania, Tammy Baldwin of Wisconsin, and Bill Nelson of Florida all have potential picks that hail from their home state.