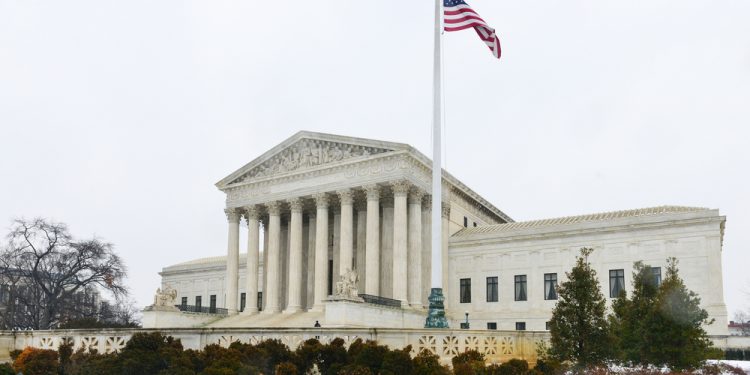 Democrats have renewed their partisan attacks on Justice Brett Kavanaugh based on unverifiable allegations that the supposed victim does not herself recall.

Democrats have renewed their partisan attacks on Supreme Court Justice Brett Kavanaugh based on unverifiable allegations that the supposed victim does not herself recall. The new allegations surfaced as part of a New York Times opinion piece in the Sunday newspaper that apparently failed the journalistic standards required to be published by the news division of the paper.

In fact, the allegations are based off an unverifiable allegation that was investigated by the FBI during its supplemental background check of Justice Kavanaugh during his confirmation process.

WSJ Editorial Board: “First a word about the latest smear. The allegations against Justice Kavanaugh arrived in a New York Times piece based on a forthcoming book. The news—this is a generous term—is about a lawyer named Max Stier who allegedly may have seen Justice Kavanaugh expose himself to a woman at a party while a student at Yale.

“Except Mr. Stier wouldn’t speak publicly. An editors’ note appended after publication adds the previously omitted detail that the woman involved “declined to be interviewed and friends say that she does not recall the incident.” Oh.

“The rest is largely a rehash of allegations from Deborah Ramirez, the subject of a New Yorker story during Justice Kavanaugh’s confirmation ordeal last year. The point is to insinuate that Ms. Ramirez’s accusations were credible and not thoroughly investigated. This is a brazen rewriting of history.”

The New York Times story faced intense and immediate backlash from members of the media, including writers at the Washington Post, Vanity Fair, CNN and others.

Vanity Fair: “They Played It Up Pretty Big”: Turmoil Engulfs the Times Over the Kavanaugh Debacle

When the initial New York Times story was posted, Democrats wasted no time ignoring the numerous holes in the piece and jumped straight to calling for impeachment.

Free Beacon: “Several leading Democratic candidates for president quickly seized on the report, now revised to note that the alleged victim of the assault doesn’t recall the incident, to call for Kavanaugh’s impeachment from the Court.

“Senators Elizabeth Warren (D., Mass.) and Kamala Harris (D., Calif.) said Kavanaugh should be impeached based on the information. They were joined by Julián Castro, Beto O’Rourke, Sen. Cory Booker (D., N.J.), and Pete Buttigieg. Sen. Bernie Sanders (I., Vt.) did not directly call for impeachment but said he supports “any appropriate constitutional mechanism to hold him accountable.” Former vice president Joe Biden and Sen. Amy Klobuchar (D., Minn.) were the only major candidates not to voice support for impeachment, with both instead saying more investigation is needed.”

Democrats seem to be grasping onto the new allegations without much consideration for what the truth is nor the political realities of opening up another witch hunt with a narrative that the American people seem to have already rejected.

Free Beacon: “Midterm exit polls from CNN identified Kavanaugh as the GOP’s “secret weapon” in battleground states across the country. A majority of voters polled in each of the four states where Democrats lost a senate seat said the Kavanaugh nomination impacted their vote, and in each state those voters broke towards Republicans….

“…The failed effort to derail Kavanaugh’s confirmation was successfully used by Republican Senate candidates during their final push to flip Democrat-controlled seats. Democratic senators up for reelection who voted against Kavanaugh, such as Claire McCaskill in Missouri, were unseated a month later. McCaskill’s Republican opponent Josh Hawley made her Kavanaugh vote his central issue down the stretch, and McCaskill acknowledges it worked.”