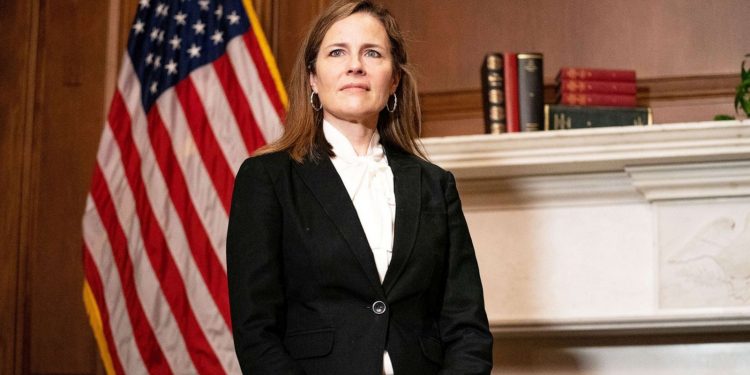 Despite Senate Democrats’ best efforts, Judge Amy Coney Barrett showed the American people that she has the qualifications and judicial temperament to serve on the Supreme Court.

Judge Amy Coney Barrett delivered another stellar performance in day two of the Senate Judiciary Committee hearings on her nomination to the Supreme Court. As Democrats desperately tried to get her to commit to taking positions on specific cases or hypothetical situations, Judge Barrett followed the so-called “Ginsburg Rule” while responding to their questions.

After being established by Joe Biden in 1993, top Democrats including Senate Minority Leader Chuck Schumer have encouraged Supreme Court nominees to invoke the rule during their hearings. Growing increasingly frustrated, Senate Democrats lashed out with baseless accusations in an embarrassing display.

Senator Mazie Hirono had the audacity to ask Judge Barrett if she had ever committed acts of sexual assault:

Democratic Senator Mazie Hirono asked Judge Barrett if she had committed acts of sexual harassment or assault in front of her young children.

Absolutely disgusting behavior. She should be ashamed of herself. pic.twitter.com/YUzFlH8bKP

Senator Richard Blumenthal insinuated that rape survivors are “deeply fearful” of Judge Barrett when he wasn’t happy with her answers to his ridiculous questions:

Senator Richard Blumenthal embarrassed himself (again) by claiming – without evidence – that rape survivors are "deeply fearful" of Judge Barrett pic.twitter.com/vR4FVsGjlX

Despite their absurd line of questioning, Judge Barrett delivered calm, thoughtful answers based on her commitment to the rule of law. Even CNN’s John King noted the reviews he received from Democrats were overwhelmingly positive:

"Even from the accounts I'm getting from Democrats, they think she's very impressive, handled herself well, and has not made any mistakes." pic.twitter.com/hqPqlzNjUB

Bottom line: Despite Senate Democrats’ best efforts, Judge Amy Coney Barrett showed the American people that she has the qualifications and judicial temperament to serve on the Supreme Court.