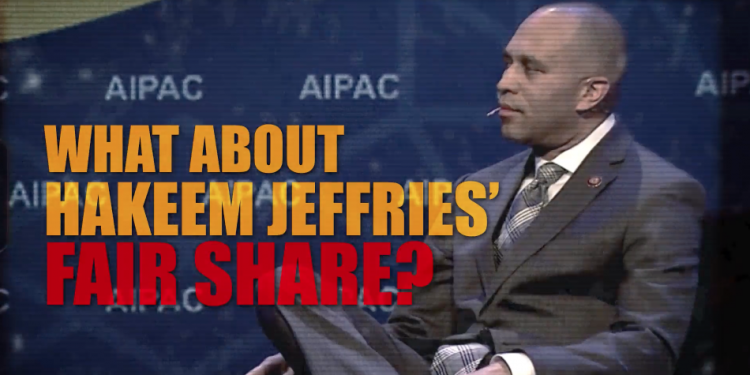 The New York Post recently revealed that Jeffries pays no more than $250 per year in property taxes, while his fellow New Yorkers typically pay an average of $5,000 per year. While serving in the New York State Assembly, Jeffries voted for the tax abatement that now allows him to pay twenty-five times less than the typical New Yorker.

New York Post: “Public records show that Jeffries and his family reside in a condo unit in red-hot Prospect Heights, paying just $213 a year in property taxes thanks to a sweetheart deal under a law he supported when he served in the state Assembly.

“The condo the Jeffries bought in 2007 in the six-story, 40-unit complex on Underhill Avenue benefits from a massive property tax break granted under the 421-A abatement program that housing advocates have long complained is skewed toward wealthy developers and well-to-do tenants.”

“House Democrats constantly call for everyday Americans to pay their fair share in taxes, but seemingly ignore a member of their own party’s leadership who refuses to do the same. It’s time for Democrats to tell Hakeem Jeffries to stop exploiting this sweetheart tax deal and pay his fair share in taxes.” – Joe Gierut, America Rising Squared Communications Director

The web video can be found here.