Today, America Rising Squared launched GreenNewDealStats.com, a new website that reveals the devastating impact of the Green New Deal on American families. This website is part of a series of projects which will serve as a hub for news, statistics, polling, and other resources related to the radical climate proposal and other policies supported by several leading Democratic presidential contenders.

After Bernie Sanders claimed victory last night in New Hampshire, his supporters began enthusiastically chanting “Green New Deal.” As the field narrows, Democrats up and down the ballot will be forced to answer for how this radical policy will affect their states and districts.

One of the resources featured on the website is an interactive map of the United States, which provides users with the number of jobs put at risk by the Green New Deal, as well as expected energy cost increases for each state: 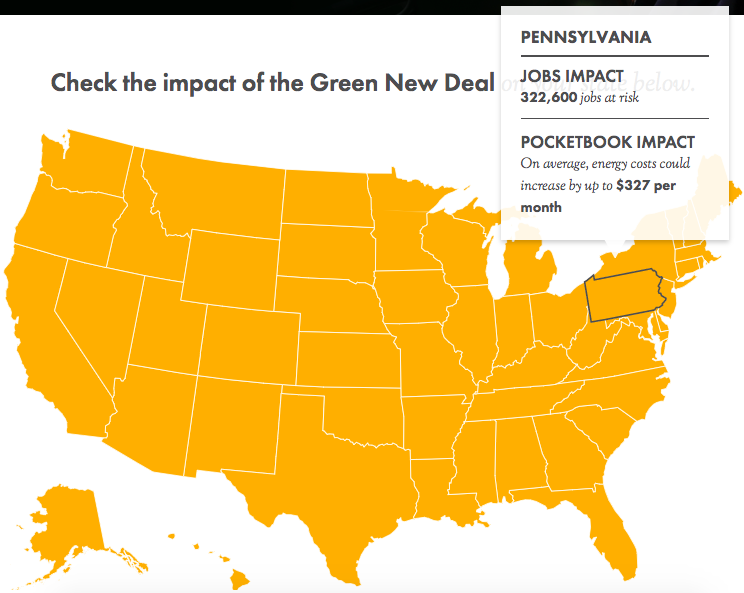 “The Green New Deal is the most radical proposal ever embraced by liberal politicians. Every American deserves to know how many jobs it could destroy in their state and how much their energy costs could increase should this liberal pipe dream ever be implemented.”